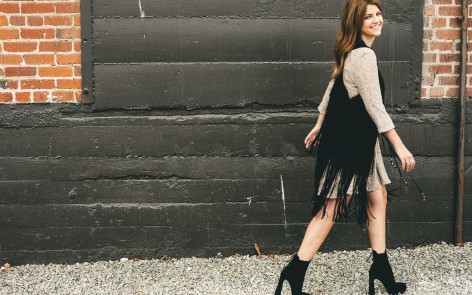 The next time you take a look at Threadflip, a web site and mobile app for buying and selling secondhand apparel, things will look a little different: a redesign drops today – and with it comes the official launch of Full Service, an option to send high-end merch into the company and let them handle the merchandising and selling for you instead of photographing, uploading and marketing your own items.

The service is something the company’s been testing since February (and actually, they tested something similar called White Glove not too long after their launch in 2011), so the option to sell this way isn’t exactly new, but the emphasis on it is interesting in that it signals that catering to sellers with higher-end merchandise to unload and implementing new services to appeal to those sellers at a time when they have a number of competing options is really key to making the whole idea of designer secondhand resale work. Simply put, the margins just aren’t there unless you’re taking a cut of the sales of high-end items, and, though high volumes of lower-priced items could, in theory, make up for that somewhat, there’s the added reality that most regular people don’t (or can’t) sustain selling lower-priced items at a high volume unless they’re power-sellers aiming to make a small business out of their efforts (like eBay did and what Poshmark is increasingly encouraging its customers to do – and some are succeeding at to the tune of six figures a year).

If you’re a shopper or a seller, you don’t really need to think about all that. What is worth thinking about is what’s driving companies that you may sell your items through and how that may affect how much they’re willing and able to give you back on items you sell (in Threadflip’s case, it’s up to 80%) and how good of a deal you’re likely to get as a shopper. Will you get a better deal from Threadflip as a seller during this phase than you would at a competitor? Will you find an influx of well-priced designer items on sale through the site because of this new push to attract a larger variety of upscale merchandise? I can’t say for sure, but I certainly would not be surprised to find that happening – at least in the short term.

Along with the strategy shift, the new look is designed to be simpler, cleaner and capable of accommodating more editorial content. It also allows shoppers to buy using Apple Pay – a feature you should get used to seeing pop up on mobile shopping apps.